On Sunday 25 October 2015, the annual Trafalgar Day Memorial Service was held at the Norfolk Pillar (Nelson Monument) a short distance from the Royal Naval Hospital. 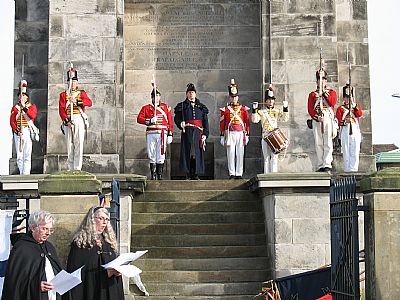 An account of the battle was read by Cllr Kerry Robinson-Payne, the curator of the Nelson Museum at South Quay. This was followed by a gunfire salute by the East Norfolk Militia, prayers, hymns and the laying of wreaths. The ceremony concluded with the National Anthem and a toast to Lord Nelson's immortal memory. 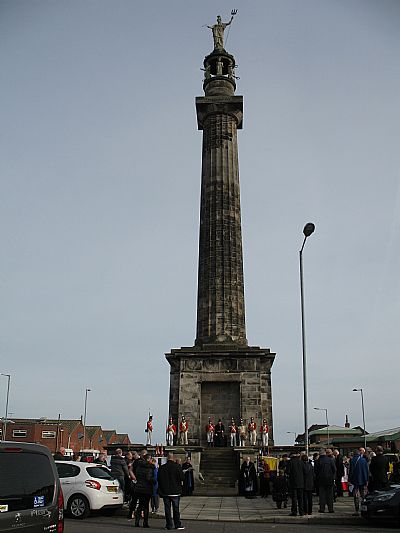 Although the Royal Naval Hospital was not built until a few years after Lord Nelson's death at Trafalgar in 1805, he did visit Great Yarmouth's previous Naval Hospital at the site currently occupied by Booker Wholesale in St Nicholas Road next to Sainsbury supermarket.